Click here to edit the Social Media Links settings. This text will not be visible on the front end.

Single Family Homes
Year-over-year, the number of single-family home sales within the City Limits was up 9%, while the median price of $1.93 M remained flat to last year. By neighborhood, Old Town had the highest number of sales – up 36%, while there were 20% fewer sales in Park Meadows.

Snyderville Basin reported more than twice the number of home sales as the City Limits – a 4% increase over last year – with the median price climbing to $1.13 M – up 17%. In Silver Creek sales were up 40% and 37% in median sales price reaching $1.16 M. By neighborhood, Promontory had the highest number of sales in the Basin with 77 sold homes in the last 12 months. Activity in the Jordanelle area had a sizable increase in sales with a 14% median price increase reaching $1.73 M.

Sales in the Heber Valley continued at a strong pace, with nearly one sale a day, and a 28% median price increase to $506,000. There were 20 more homes sold in RedLedges compared to last year, with a median sales price of $1.16 M – up 8%. Midwaycontinued to thrive with 96 closed sales and 17% median price increase reaching $544,000.

“There are many factors contributing to the numbers we are seeing in the Heber Valley. Despite the sharp increase in construction costs, single-family homes are still well below Park City prices. With new amenities in the Heber Valley and excellent schools, buyers are weighing their options,” said Park City Board of REALTORS® President, Todd Anderson.

In the Kamas Valley, the number of sales decreased 15%, though the median price climbed 10% to $412,000. Sales numbers in the Wanship, Hoytsville, Coalville, Echo, & Henefer areas remained the same with a median price of $359,000.

Condominium & Townhome Sales
Year after year, the number of condo sales within the City Limits was up 8% and up 15% in median price to $787,000. The Snyderville Basin reported essentially the same number of sales as last year with 308 units and the median price of $503,000.

Anderson explained, “The difference between these two areas may be attributed to the completion of developments in Empire Pass versus the reserved or pending status of the to-be-built product in Canyons Resort Village.” The Kimball Junction area, which can offer primary residence condominiums, saw flat sales but a 15% median price increase to $385,500.

The number of closed sales dropped 20% in the Jordanelle area possibly due to lack of inventory as new construction projects have been absorbed, but there was a 12% increase in median price reaching $528,000.

Vacant Land Sales
Park City Limits saw 14 more lot sales than last year and a 15% median price increase reaching $820,000. By neighborhood, Promontory had the highest number of land sales in the Basin with 72, and the median price continued its upward tick reaching $405,000. Canyons Village saw increased sales activity and a 22% median price increase to $2.28 M.
CONCLUSIONS
Historically, July and August are the months with the highest level of inventory for homes and condos in the Wasatch Back – and Q2 of 2018 was just below Q2 of 2017. In some of the most desirable neighborhoods, a shortfall of for-sale properties has placed an upward pressure on the median prices. With the demand for all that the Wasatch Back lifestyle has to offer, listed properties have been selling at a faster pace. In the last 12 months, the average length for a home to sell was less than 6 months in the Basin and less than 11 months in the City Limits.
If you have any questions do not hesitate to call or text me at 435.602.8228.
Information deemed reliable, but not guaranteed. All information provided by the Park City Board of REALTORS®. 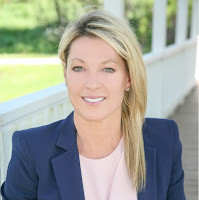 Related Articles
COLDWELL BANKER What is a 72-hour clause?   What is a 72-hour clause? Unless you’re well-versed in legalese, you may have a hard time wading through all the technical jargon and industry lingo that are typically included in a real estate contract. One phrase you may have come across in your reading is “72-hour clause.” Perhaps you’ve seen variations of this, such […]
REAL ESTATE On How to Know You’ve Thrown a Succesful Holiday Party   How to Host a Stylish (and small) Holiday Party, According to the Experts W ill 2022 be the year of the beloved holiday dinner party’s return? Small parties are trending this year. But even if you do plan on downsizing your party to keep it more intimate this holiday season, the tiniest of gatherings still call […]
Buying a home Easy Living Homes.   Easy Living Homes If you have family members or friends with physical limitations, you may have areas of your home that they’re unable to visit. This is especially problematic if you yourself become disabled or have a disabled person move in with you. How do you accommodate these needs? By building an EasyLiving Home, […]

Thank you for your inquiry.